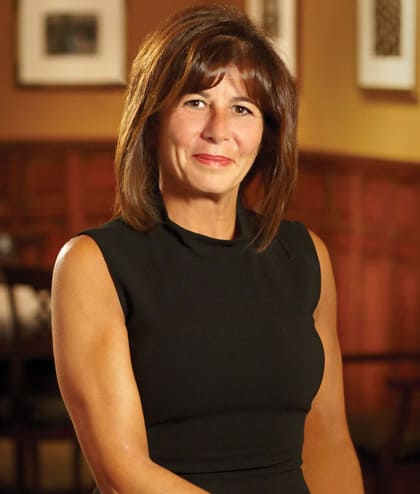 My Past Shaped My Present and Future

Marcy Segal spent the first part of her law career as a criminal lawyer and spent two decades practicing criminal law. At all times, her focus was on ensuring that her clients would be treated fairly, regardless of the crime or their guilt or innocence. She was known as a “tough as nails” litigator, resilient to being bullied, or pushed around. After 20 years, 2000 plus court appearances and hundreds of trials under her belt, Marcy decided to transition to family law and has never looked back.
As a criminal lawyer, high conflict was the norm. The courtroom became her second home and she became highly skilled in absorbing facts, analyzing people and responding quickly and efficiently.

Family Law requires skills in advocacy, both in court, in person and in writing. It requires focus, and retention of facts and financial information of the parties. Family lawyers must be forward thinking from the outset and as they navigate their client through the process. Meticulous scrutiny of the financial records and a succinct narrative are skills that Marcy excels at.
Marcy has been exceptionally effective in high-conflict custody battles and believes that every child deserves a healthy relationship with both parents in principle. However, when the best interests of the children equate to one parent having sole custody, Marcy will work tirelessly and passionately to advocate for her client, to that end.

Marcy has litigated in all levels of court in Ontario and before administrative boards. She has acted for lawyers before the law society of Ontario, victims in criminal court, and feels comfortable in any setting. She researches the law obsessively, and is always overprepared.

Marcy provides “quality” and “value” to her services, always being cognizant of the potential for increasing the legal fees and attempting to avoid the high cost of litigation.
It is difficult to describe all of the benefits of 30 years of experience as a trial lawyer, but suffice it to say that it becomes who you are.

Marcy was accepted into Law School after two (2) years of undergraduate studies. She attended Osgoode Hall Law School, graduated in 1988 and has been a sole practitioner since her call to the bar in 1990.
She is a single mother of twin girls, a marathoner and ironman finisher.